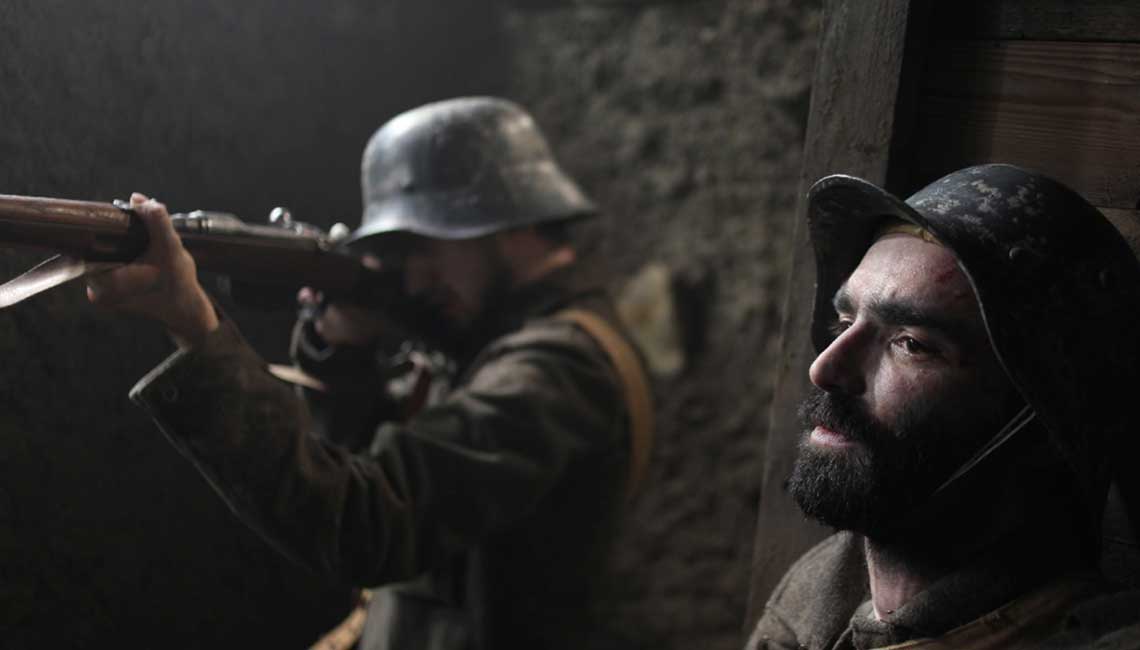 In UNCANNY VALLEY, we are immediately beset by the psychological and physical intensity of a fight between soldiers from World War I. Every frame in this live-action animated short reveals its share of suffering and suffering. details. The futility of war, the pangs of conflict and survival, the discovery of brotherhood, in the midst of all this madness. UNCANNY VALLEY is a hypnotic nightmare, a revelation impossible to forget.

*For any acquisition outside the private framework (media library, library, etc.), please contact us at contact (at) films-de-force-majeure.com