Somewhere in Italy, among the mountains, not far from the border with France, a pair of discount sports store boots is put on by a man from West Africa. Once he wears them, he will undertake the night-time crossing of the border, in Montgenèvre, the oldest French winter sports resort. Bought in Turin by Italians committed to the cause of migrants, these boots have been worn by hundreds of black men before him. Brought back to Italy by committed French people, they will be used by many others after him. Passed on from hand to hand, from hand to foot, and from foot to hand, the circular path of the boots unveils a mountain territory on the borders of France and Italy, where exchange and solidarity connections are tied in the harshness of winter. 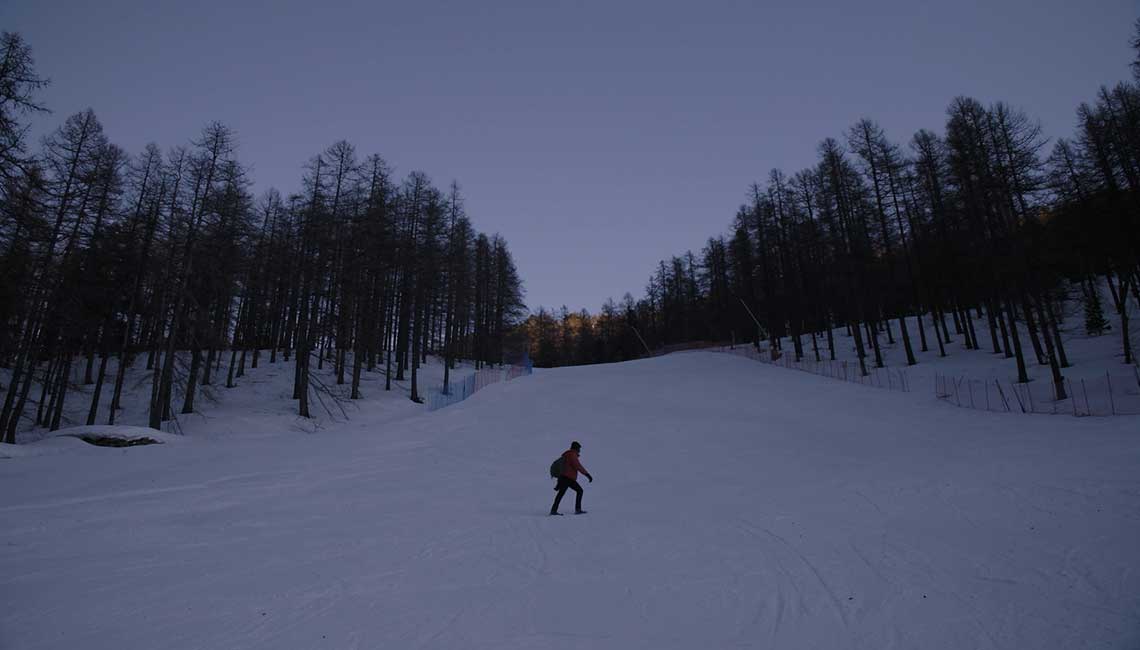